For more than 25 years, Lorna Ross has worked in strategic design research, at the intersection of design, science, technology and industry. She has held creative leadership positions in five innovation groups and is internationally recognised as an expert in her field. In her current position as Group Design Director at Fjord, Dublin, Lorna designs solutions to some of the biggest challenges facing society today.

What is the Fjord Studio and what do you do there?

Fjord is a digital design consultancy that was acquired by Accenture 5 years ago. It built its brand originally in service design and digital product and is now part of the Accenture Interactive business.

I joined Fjord about 2 years ago. Accenture is a global organisation with its headquarters here in Dublin. It’s got about 450,000 people working for it. I’m not sure quite how old the company is, but Fjord is about 20 years old as a design consultancy. I joined The Dock and Fjord at the same time, so I’m relatively new to this firm like most people at the Dock. 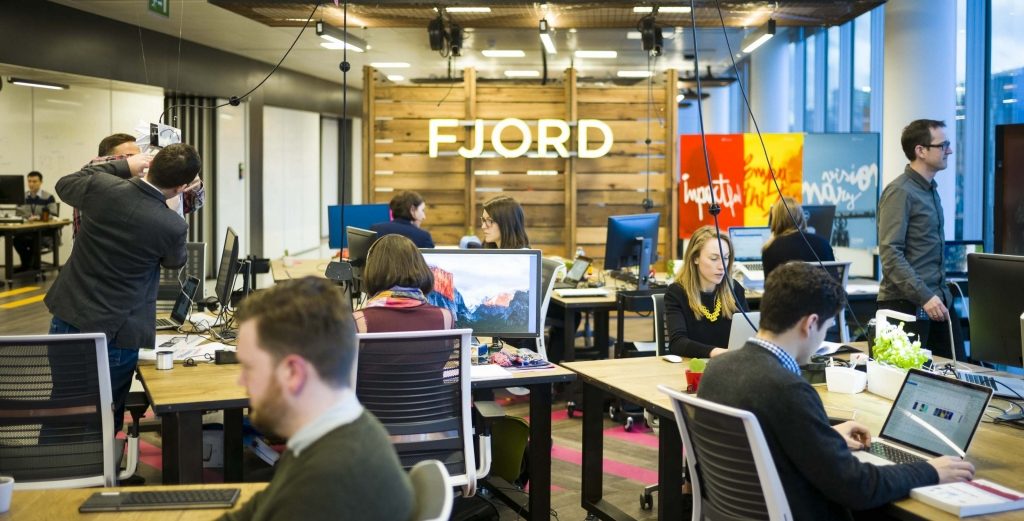 How did you get here?

I grew up in Blackrock in Dublin. I was certainly characterised as the ‘less smart one’ of the family relative to my older sister who was always very strong academically, and very driven and focused.

In secondary school I had an amazing art teacher, Miss Miller. I know it’s such a cliché, but she saved me! She was such a positive role model for me. She really encouraging me to think about focusing on art / design as a potential career. I loved science as well, but I didn’t get the same encouragement. In the 80s girls were generally not encouraged to consider the sciences for a career particularly if they went to traditional convent schools as I did.

Did you come from a creative family?

My mom used to sew and restore antique furniture. She is very creative. I grew up sewing a lot and making my own clothes which I still do, when I have time. As a child I remember making clothes for my doll with tissue paper and sellotape, I would draw patterns on the paper with a pen to make it more ‘fancy’.

My art teacher was the first person I encountered who had made a profession being creative.

My parents weren’t all that involved in my decision to go to art college, my mom was supportive but just assumed I’d make my own decisions. Back in the early 80s in Ireland, parents were pretty laid back when it came to college choices, unlike now. I picked the National College of Art and Design (NCAD) which was a wonderful experience. 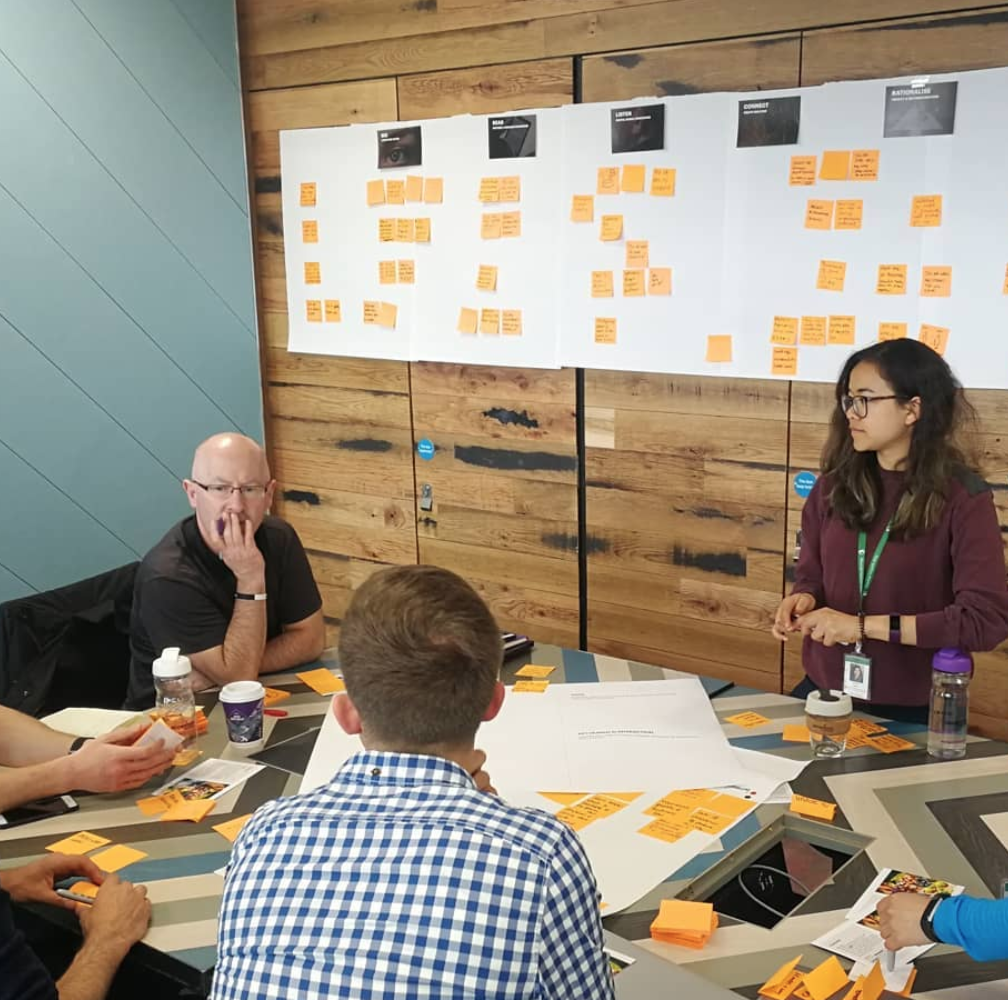 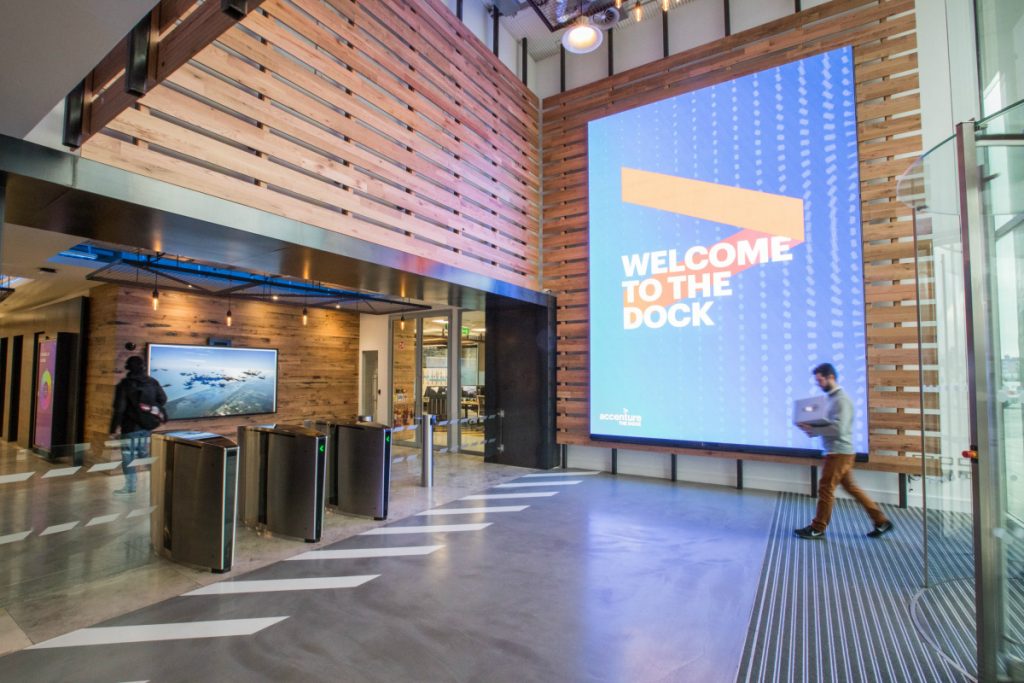 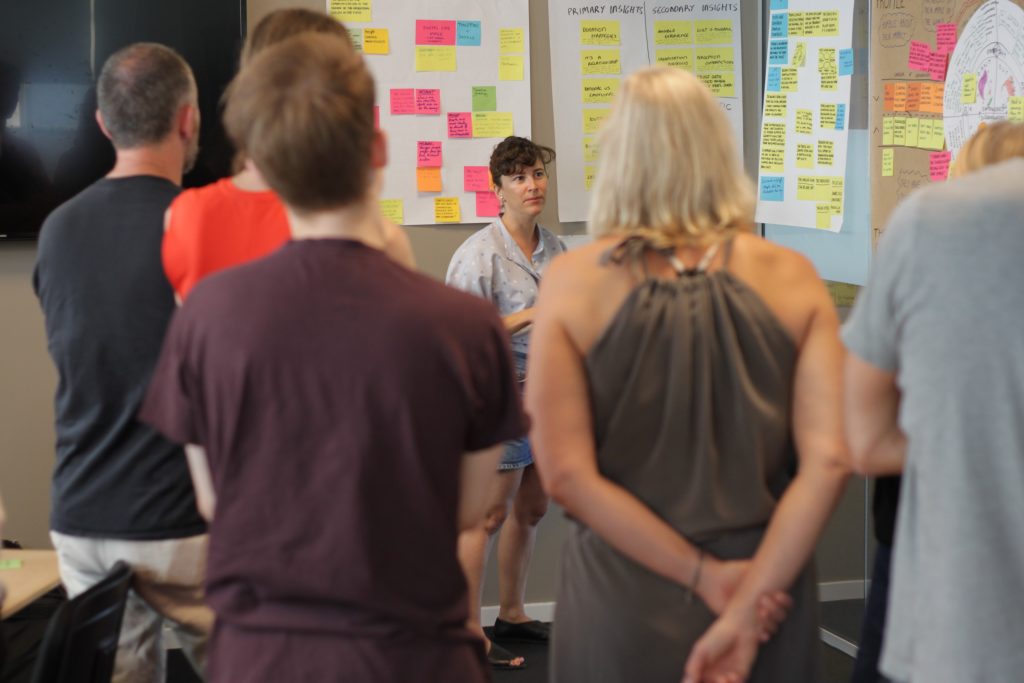 What did you study in college?

Fashion and Textiles. I did the Foundation Course because I didn’t really know what area of design I was going to specialise in but possibly graphic design because I was good at drawing I guess. I used to get pulled out of class by the nuns to do posters for bake sales all the time, it was my thing. When Pope Paul II came to Ireland in 1982 I didn’t go to class for a month, sitting in the art room instead making yellow and white flags, bunting and posters to decorate the school. Too funny!

Was your interest in science discouraged because of your gender?

We did basic science up until the third year of school, and then it was chemistry or biology. I really liked physics, but it wasn’t offered. I distinctly recall asking, terrified, the head-nun if we could possibly have physics offered as a subject for the Leaving Cert. She told me that ‘girls don’t need physics’ and besides, I was not clever enough to take it even if they did.

I guess I understood then that it was not enough to enjoy something if you also have to be good at it. The funny thing is that, throughout my whole career I have worked closely with people in engineering, technology and even the clinical sciences, during my time at Mayo Clinic. I love that I did get to explore that side of me and I feel that the work I do now incorporates the best of both worlds. 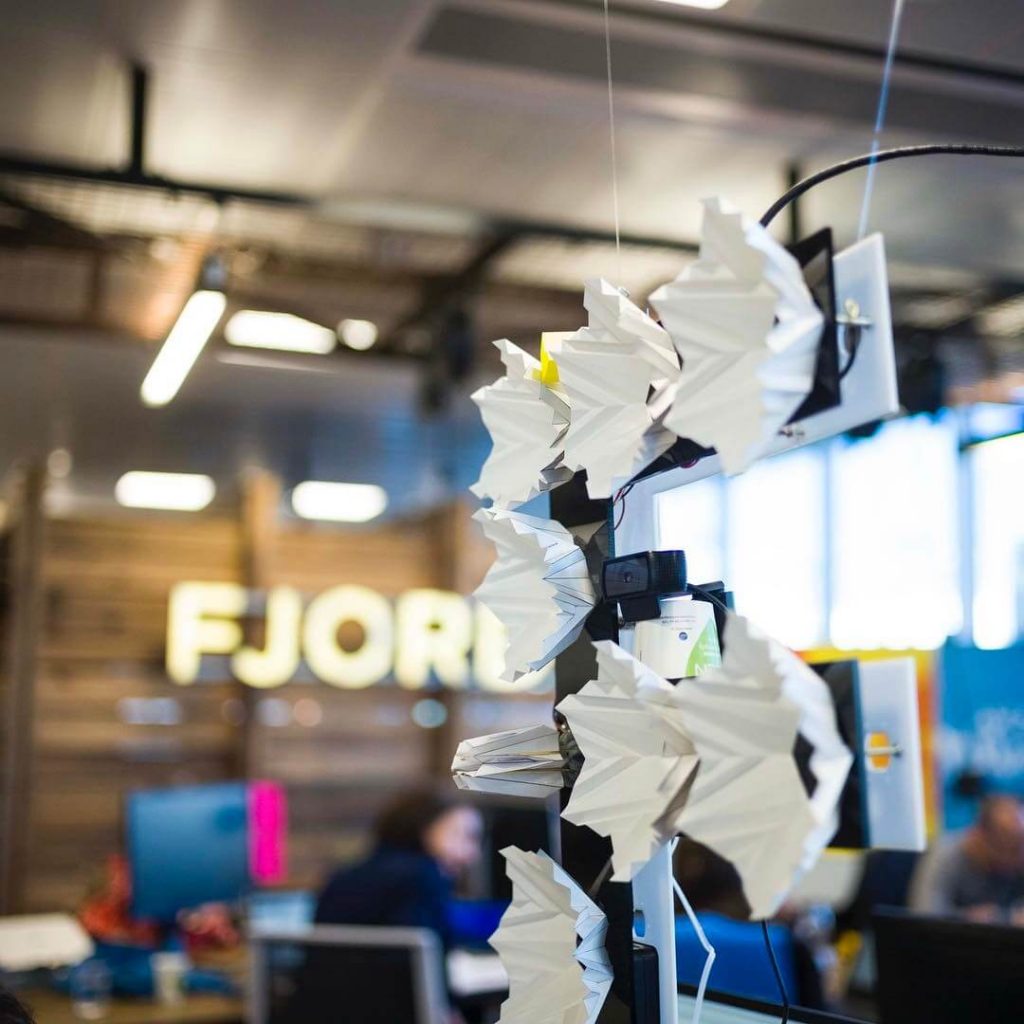 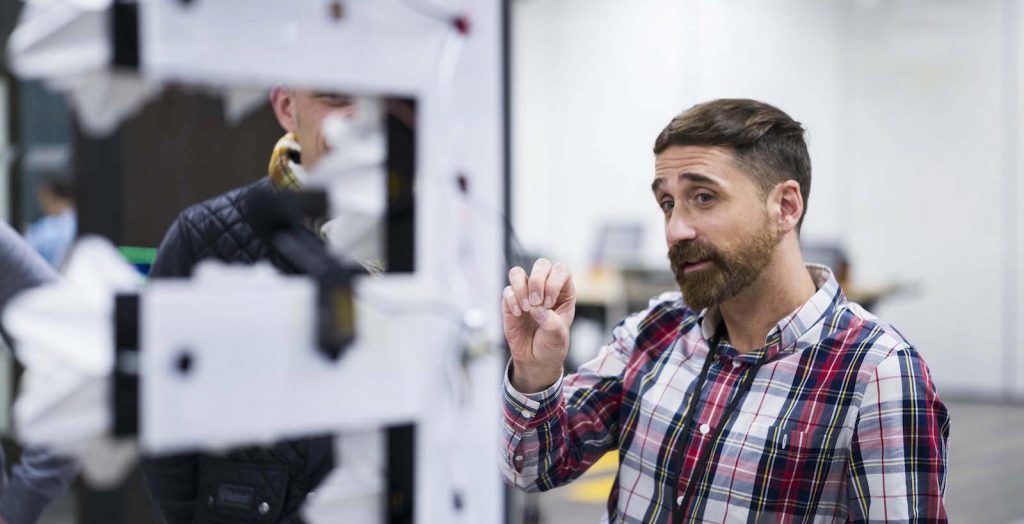 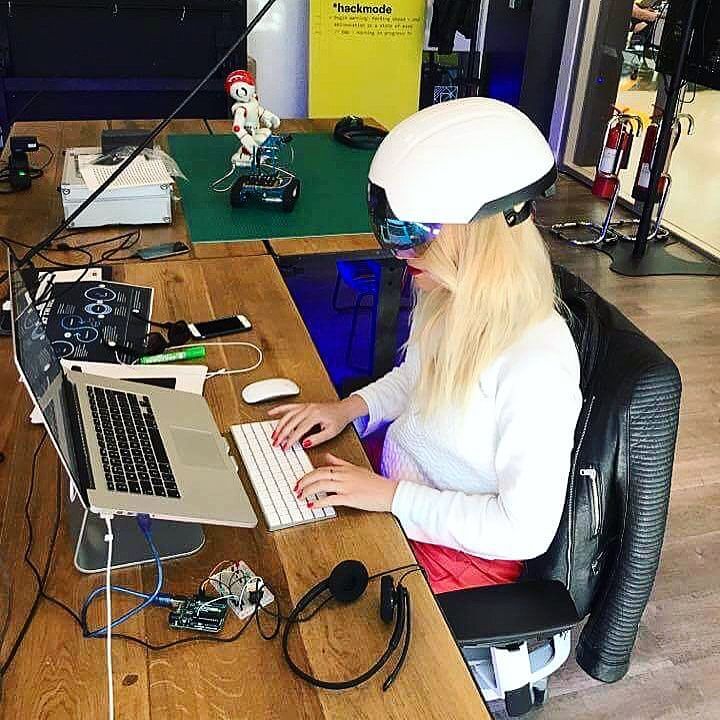 How did you get to where you are now?

In 1992, I applied to a program called Design Management at the Royal College of Art. It was a route for me to getting more credentials in the business of design. Sadly, they wrote to say they cancelled the course because no one else had applied.

They offered me a place on an alternative program that was just getting started at the school. It was called Computer-Related Design or CRD for short. It was a bit of an experiment inside the Industrial Design department, sponsored by Apple, where a small group of us were recruited to explore the intersection of traditional craft-based design and emerging technology.

It was a very intimidating program and I certainly struggled to make sense of it the first year. I came very, very close to quitting. Thankfully the most serendipitous turn of events changed everything for me. Bill Mogerage, the founder of the design firm IDEO came to the studio and set us a one-week project brief. It seemed so random at the time when he said, ‘I want you to redesign the telephone’. You have to remember this is before people had cell phones, some had care phones and lots of pagers, but no one carried a phone with them yet. I got this weird black lace glove and I took apart the handset of a cordless phone to sew it into the glove.

At the critique, the ugly lace ‘phone-glove’ got a great response from the class and the tutors. For me, the opinion of my classmates was the most significant. People were intrigued by the idea of integrating technology into clothing and onto the body. From that point on, and for the following 8 years or so, through the 90s I worked in the field of wearable technology.

Just do what you love, and it will never feel like a job.

If someone was thinking about going into design, what would you say to them?

Design has had a golden age in the past decade, but it has also become highly commoditized. You need to decide what kind of designer you want to be. There is a role for traditional design, the craft, and for the more corporate design that is typically a community within the tech industry. Sadly, you will likely earn 4-5 times more if you work in the tech industry than if you pursue a craft. But the world needs both, and they are equally respected and valid. Just do what you love, and it will never feel like a job. I have been a professional designer for 30 years and I can say with absolute honesty that I have loved every moment of it. 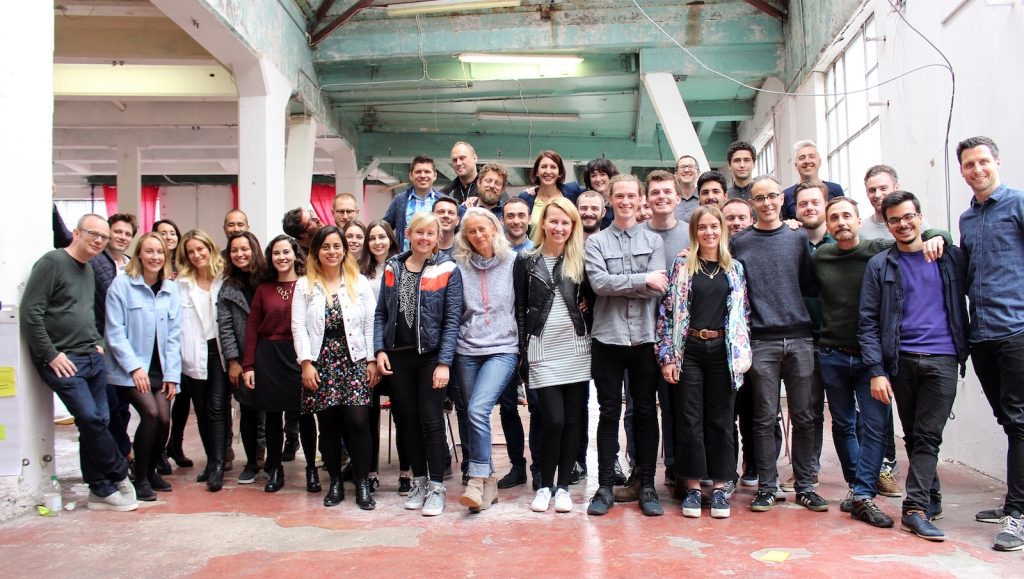