Aoife Dooley is an illustrator, designer, author and comedian based in Dublin. Aoife is best known for her “Your One Nikita” illustrations and has published two books; “How to be Massive” and “How to Deal with Poxes.” She published her first book in October 2016, before graduating college. She recently started performing stand-up comedy and won U Magazine’s 30 under 30 award for Best Comedian in 2017.

How did you first get into illustration?

I was really interested in drawing as a kid. I don’t think I was interested in much else. I used to draw when I was happy and when I was sad. I used to get bullied a lot so I’d draw those situations, I’d use it to express myself. But it paid off, I got loads of practice in, didn’t I!? 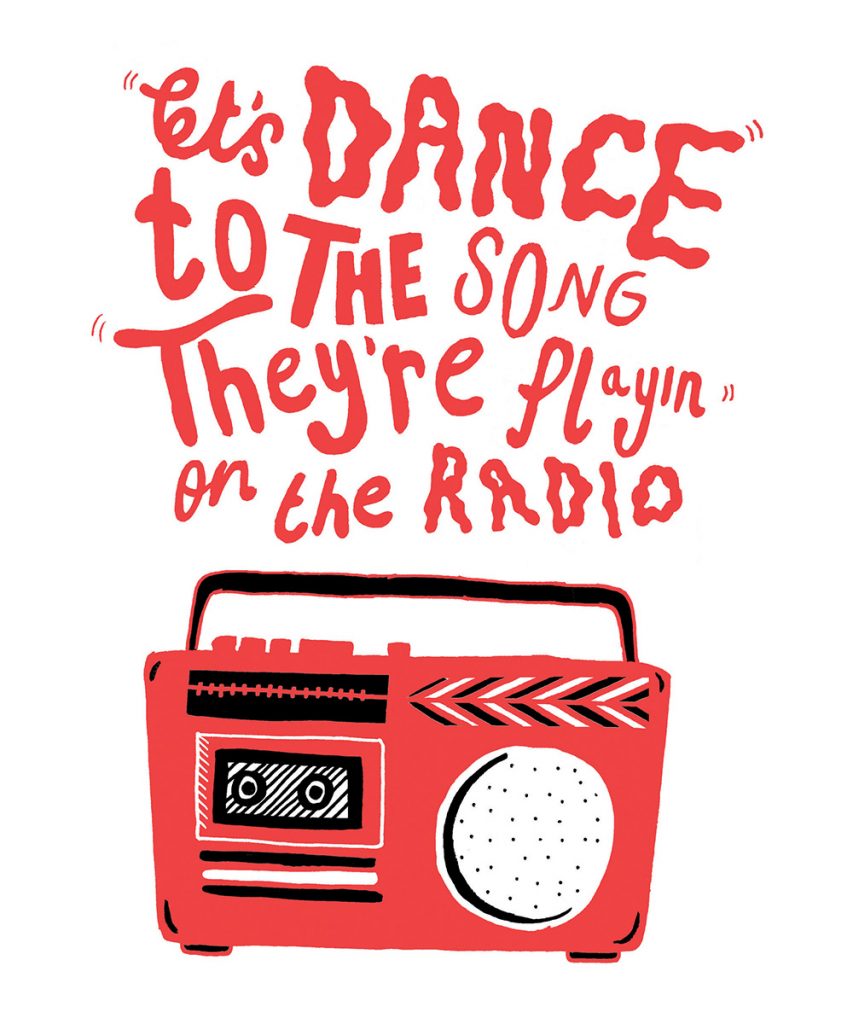 Why did you decide to study design after you finished school?

When you’re in secondary school they don’t really teach you what you can do with art. I knew I wanted to do something different so I picked graphic design. But to be dead honest with you I hadn’t got a clue what it was when I picked it. I just knew it was something to do with drawing and computers and I thought that was cool.

I was three years in Coláiste Dhúlaigh and three years in DIT, so I went the long way around, I could have been a doctor! It gave me that extra bit of space though to develop my own style.

I like things that people feel uncomfortable talking about. You know like when you’re having a shite, and the water splashes your arse [...] People are like, “oh my god that happens to me!”

You have a unique style of illustration, how did it come about?

There was a visiting lecturer I had in Coláiste Dhúlaigh and I showed him my work. I’d never actually shown anyone my work at this stage. He said to me “this is what you need to do, this is your niche, you should definitely pursue it.” I had never thought that I could make a career out of it, but it was his bit of advice that really pushed me. 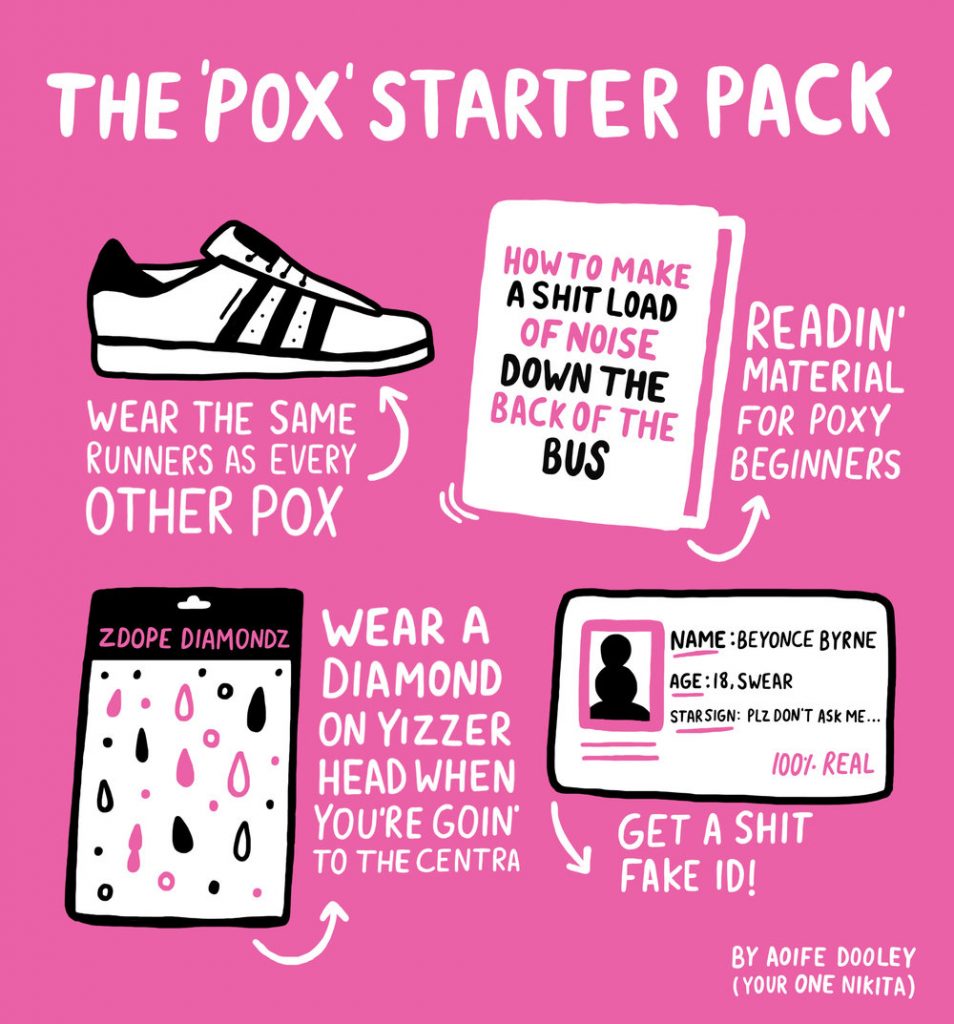 Your illustrations are hilarious — where does that humour come from?

I found that when I was in college there was no personality to some of the work, it was kind of like people were doing it to impress lecturers, or to get a good mark. I always wanted to do something with my work that struck people or made them laugh. That’s what I think is important. If you’re not doing that with your work what are you doing like?

I like talking about things that people feel uncomfortable talking about. You know like when you’re having a shite, and the water splashes your arse, that’s happened to everyone. I'd do an illustration of that. People are like, “oh my god that happens to me,” but they'd never say it to anyone. I like things like that. 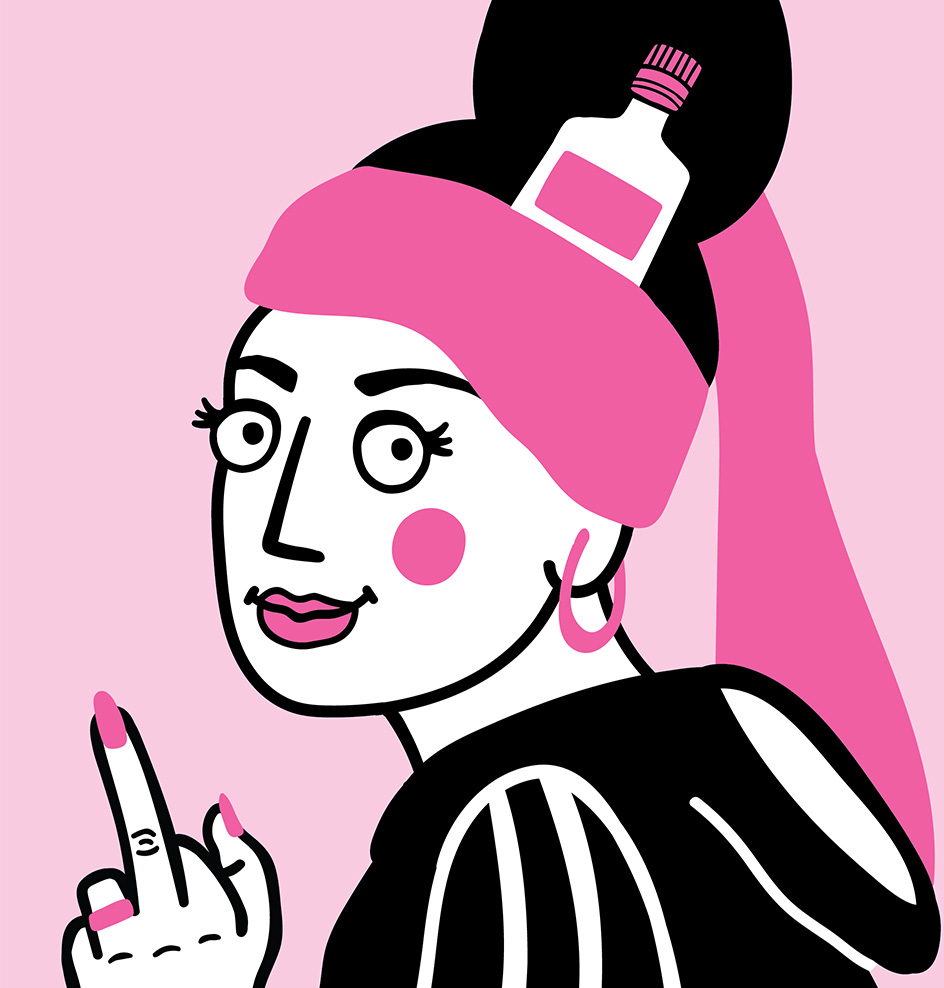 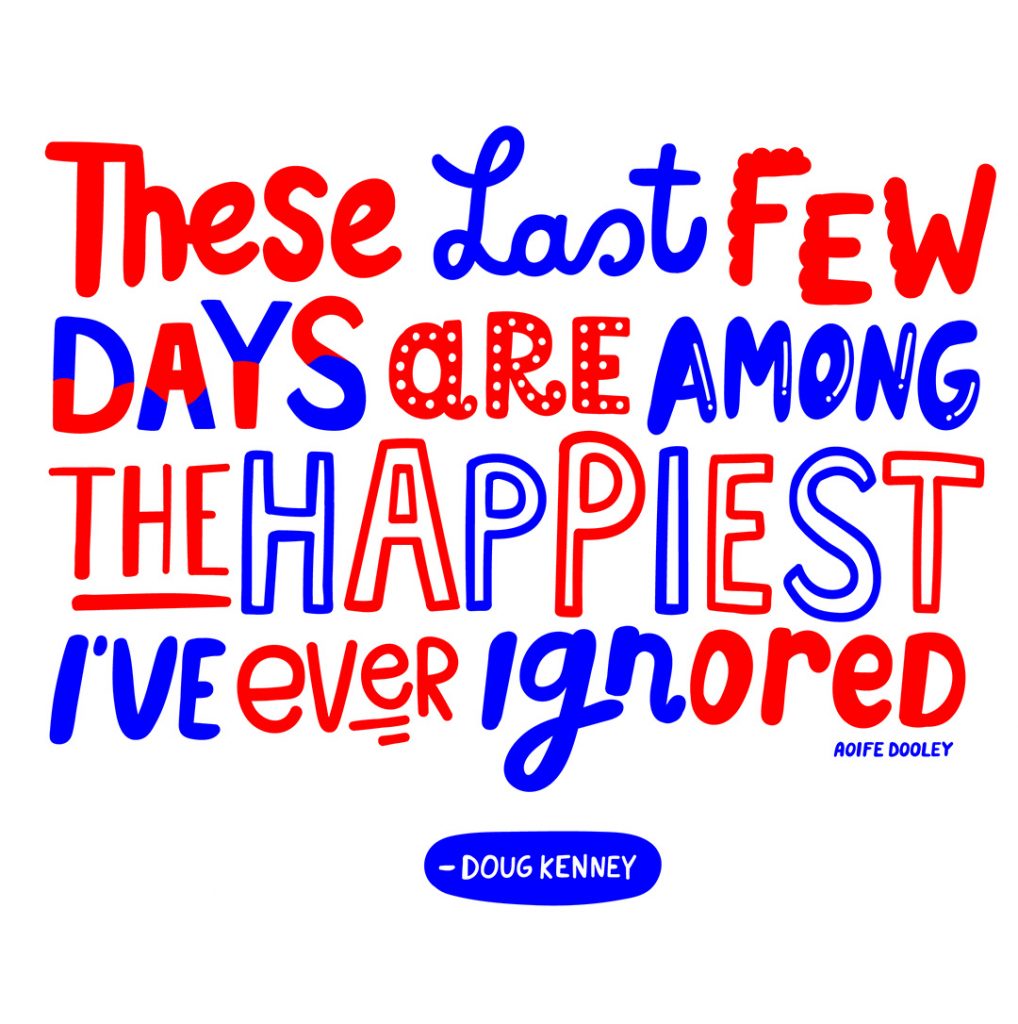 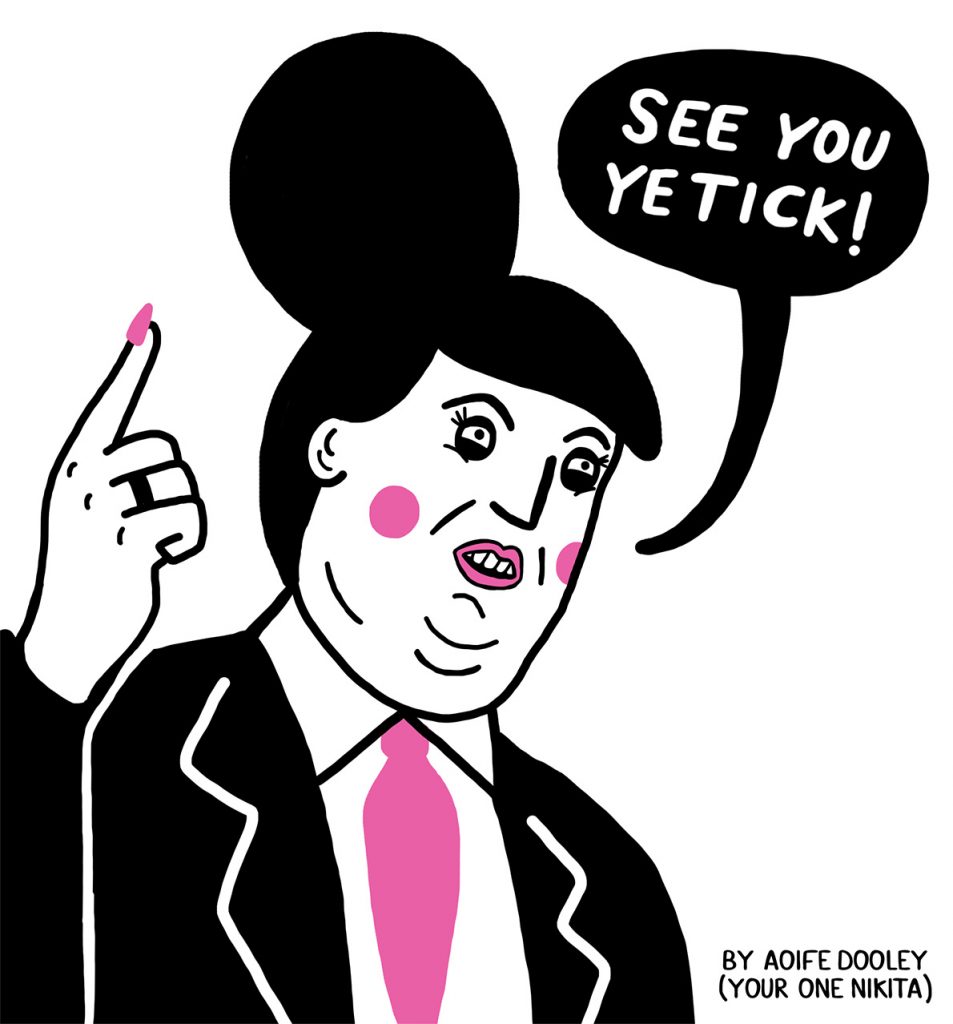 You’re probably best known for your work on “Your One Nikita.” Tell us about how you came up with Nikita.

Your One Nikita is a character in my books that I started doing in 2011. It was all my northside stuff. Anto, her boyfriend, was in one of the earlier zines that I made.

I kept developing that after college. I had no work on when I finished college because I decided I wanted to go into illustration, all my friends had internships in graphic design agencies and had jobs. I couldn’t get anything and I was terrified. So I just set up the Your One Nikita page then just to keep me busy and it just took off. It was amazing at the time because I was really at a loss, I didn’t know what to do.

There was an article in the Irish Times in 2015. I thought it was going to be a small piece but it ended up being a full page spread. It was unbelievable, I couldn’t believe it. My nana went out and bought five Irish Times newspapers, just to have them. After that then I got loads of emails from different book publishers. I even got one from Roddy Doyle saying “your work reminds me of why I love Dublin.” It was a really good time. I was graduating around that time as well, I was really enjoying what I was doing and I could see that other people were enjoying it too. The fact that I got offered a book deal then was just amazing. 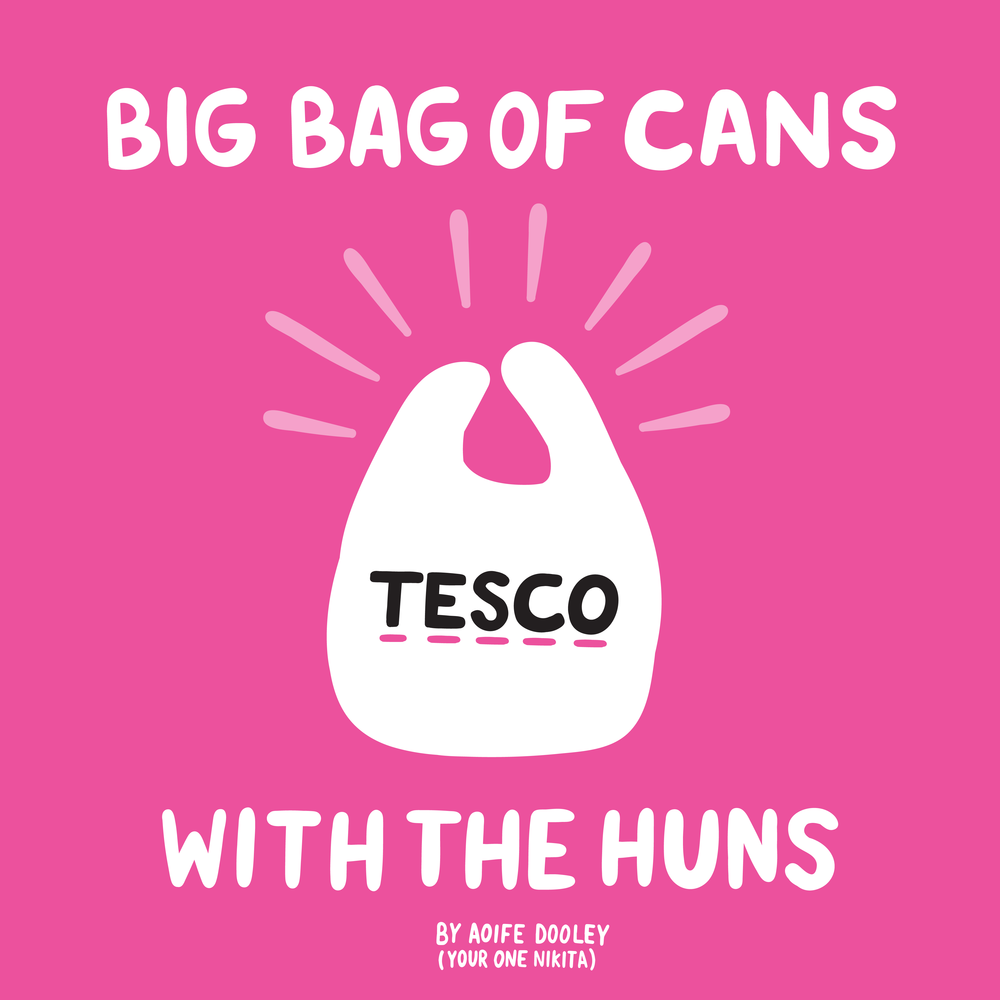 How did you deal with your new found popularity?

I would have gotten a lot of hate with that [Irish Times] article too. But if you’re annoying someone it means that you’re doing something good. If everyone just loves your work it’s just your friends and family. People assume for whatever reason that I'm from D4, giving out to me for making money off the working class — I am working class! We live in Ireland, it's full of begrudgers so you're always going to get it. My work hadn’t been done before and people didn’t know how to take it.

I just find it fascinating. I love all the group pages with the middle aged women always giving out, I think they’re gas, I’d get a lot of material from them.

Do you have any words of wisdom for young women starting out in the design world? 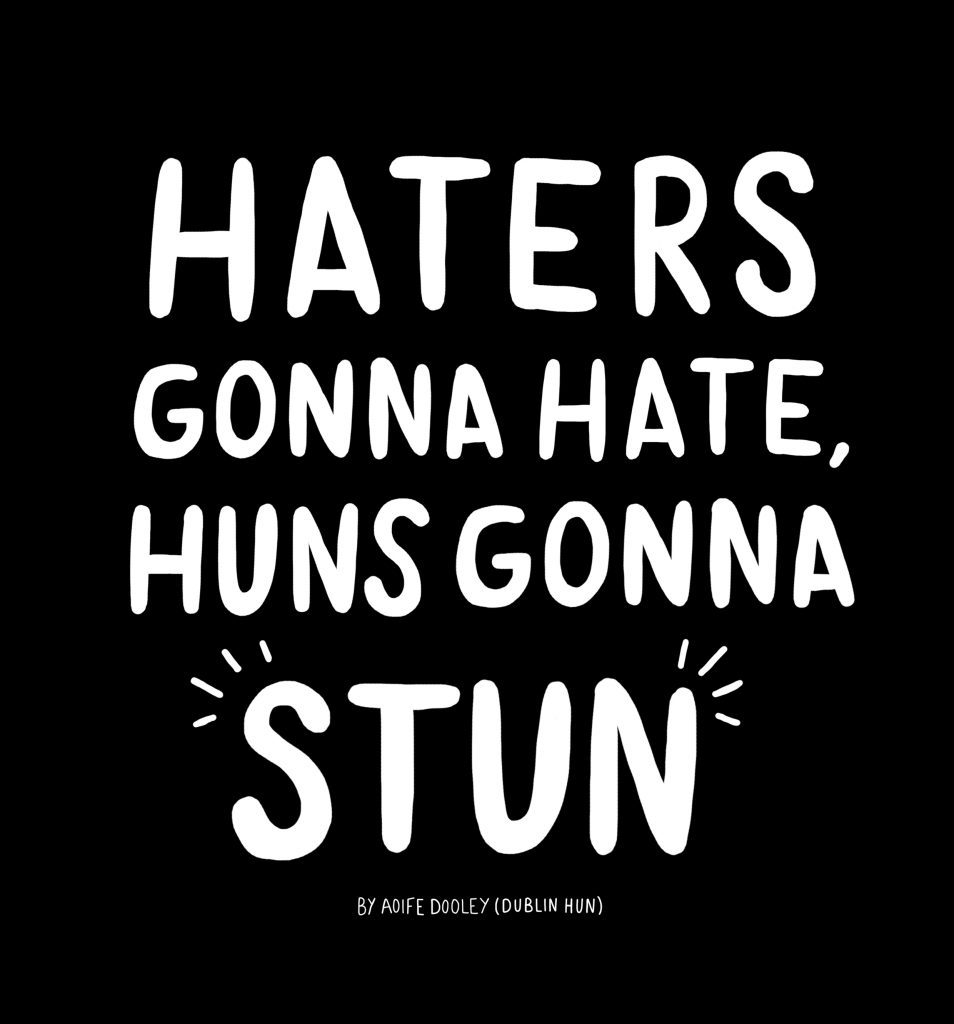